Cleaning up the trash

Released Mandatory Equality as a free book this week, since it was doing nothing for me as a paid test shot.  I was not applying myself to marketing, as I had the excuse of the ill houseguest to not bother promoting myself.

I have also put a couple of the wonkier prototypes on Ebay, with a view to promoting the Etsy store and getting my name out.  everipedia have made me a verified member and editor, and I have caught up with most of the personal admin most people do not ignore for six months because they are fretting over other people’s well being.

I have come to the conclusion that the Better Person Project, Etsy and the books are currently dead ends.  I have four books on the way, two shorties and two long ones, having lost the manuscripts to computer problems yet again I have reframed the scene lists slightly and am cleaning up the house, hence the Ebay store.

Since my birthday I have dropped about 30lb, because I have taken up supermix again.  Don’t get me wrong, drinking ten portions of fruit and vegetables a day is not particularly good fun, but it does get you out of pain, sorts out your skin and hair and flushes out a lot of poison.  I haven’t started on wangling myself an hour out of the house every day yet, but given that mother seems to have taken up sleeping 22 hours a day, I am hoping this will not be a problem when I am ready to face the world again.

In the meantime, I will be returning to study and getting the mandala and the books out, which should not take terribly long.  I also have plans for a visual novel/game, which was considerably held up by my friend, who apparently cannot work with other people at all.  He pretends he is going to, and it appears to cause him so much stress that he does not do it.  So many projects have not got off the ground because of this that he has turned himself into a timewaster.

The underlying problem with all of this is marketing.  I tend to feel that my products are under development, which is all very well, but you cannot be under development forever.  I think the Mandala has got me to the point I wanted to be at with the Ormus handbags.  It has the old school Persian/Russian theme of Honey I made you an icon, but there is still a great deal of work to do on it, 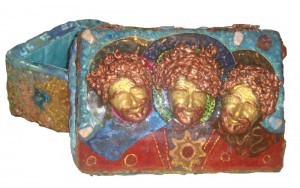 I haven’t decided on prices for that and the screen yet, but they will be available shortly, as I cannot be bothered having old work hanging around when I need space for new work.

In the meantime the following are up for auction at a very low price, just to rid the shop of things I do not like anymore: 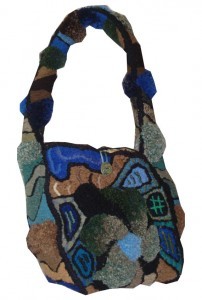 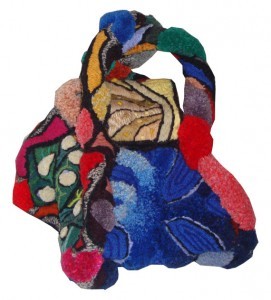 If either of those float your boat, or you want the jacket, which is also still here, drop me a line in the comments below. 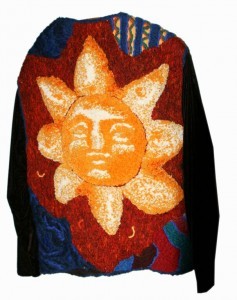